As a decorator and a minimalist, I felt I was torn between two worlds. I wanted to be a minimalist for practical reasons but I still needed my home to be beautifully decorated. Every forum that I was on about minimalism would state that my decorative touches weren’t truly a need and I wasn’t a real minimalist with those items in my home. But I KNEW that was wrong. When I began my minimal journey, I really struggled with this, trying to find a balance between having less stuff and craving that homey feeling.

My ah-ha moment came in 2012, when I was a real estate stager. It clicked for me that I WAS creating a cozy and minimal home for people selling.

First and foremost, we would drastically declutter people’s homes. The usual sentiment was that the space felt cold and stark.

The next step was to move furniture around (often they had too much furniture in each room- so that was either dispersed through the home or removed). Can I tell you that moving furniture is the LEAST glamorous thing about the staging career.

After the furniture as placed, we would put artwork back up on the walls and add color and personal touches to their spaces.

I was melding decorating with minimalism for people selling their houses and they would exclaim that they wished they would have had me in their homes BEFORE they decided to sell.

That was how Cozy Minimalism was born.

I had stumbled upon what I had been searching for and I had been doing it all along in others homes!

What is Cozy Minimalism?

Cozy minimalism is simply uncluttered decorating for minimalists (and those just starting the journey).

A Cozy Minimal Home is:

A home that exudes personality and character but is easy to maintain because it’s free of clutter. A home that feels right. It’s a place to unwind at the end of the day, a safe haven away from the rest of the world.

Looking for Something Here? 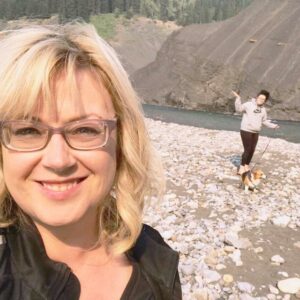 I’m here to help guide you to take your home from chaos to calm.

This website uses cookies to improve your experience. Please click here if you're ok with this, but you can opt-out if you wish Find out more.